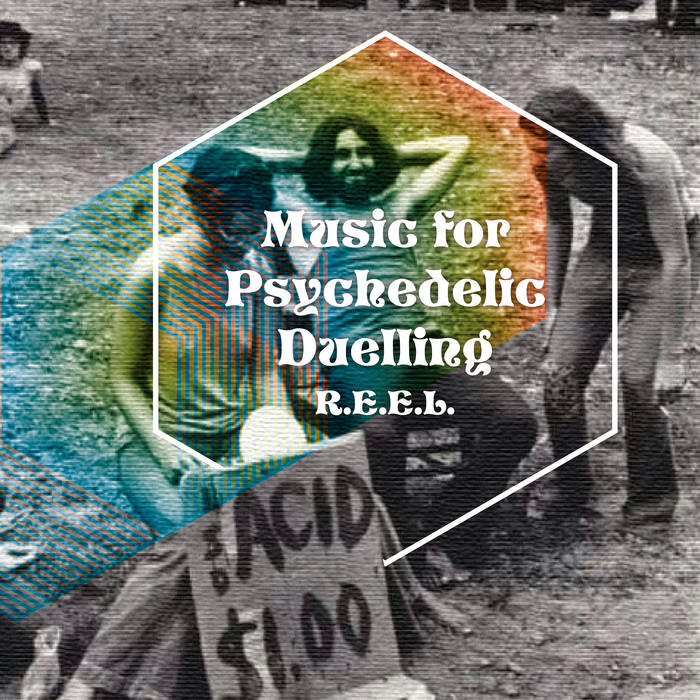 For the uninitiated, Psychedelic Duelling is a one on one psychic battle, performed in specially constructed 'duelling pits' in semi-secret locations around the West Country circa 1979-1989. They were especially prevalent in the pirate towns of Somerset and the Devon-Dorset borders. A mix of poker, neurolinguistic / magickal attacks and Wild West gunfights, psychedelic duellists will bet on their own minds, consuming large amounts of psychedelic substances and raising the psychic stakes. There are very few rules but physical contact of any sort is strictly prohibited. The last mind standing is always the winner and takes all the money.

Most duelling pits are spectator orientated and a considerable fanzine culture evolved around the top duellists, with associated 'big name' DJ mixes and media spin-offs. A CD ROM history of duelling was banned in all UK waters in 1988. The key weapons in a psychedelic duel are words and music. Sticks and stones are not allowed but words will generally be designed to confuse and dissemble. Incapacitation and 'Barretting' are common amongst even the most successful duellists. Each duellist has their choice of playlist, normally prepared on tape and played by the arbiter.

Duellists will attempt to steer conversation towards the prearranged stress point in the music (typically frequencies or lyrical cues) in an attempt to push 'seeds' into their opponent's mind. The most experienced duellists will enter the main tournament at (East) Coker, held once a year during the peak years, where minor fortunes can be made through prize money - designed to be inflation-proof by always being exactly the retail price of two Ford Fiestas - and merchandise. 1989 saw the final formal Coker tournament won by a newcomer known only as Birch. It is rumoured that several informal and unfranchised tournaments are still played there by veterans, fanzine affiliates and 'silver agers'.

Music for Psychedelic Duelling is part of an ongoing series of releases by R.E.E.L. that attempt to document, preserve and desecrate this mostly unknown slice of Wyrd Wild West history.


Rapid Eye Electronics Ltd. was formed when three refugees from The Psychedelic Duelling Wars stumbled from that psychic wreckage to congeal in a studio / artspace in an abandoned glove factory at the outer edges of Yeovil, Somerset. R.E.E.L. represents an atavistic and spontaneous wing of the more considered and philosophical approach of their work in Hacker Farm, pHarmerz, Magnétophone, Assembled Minds and IX Tab.

While The Psychedelic Duelling Wars can be roughly dated from the summer of 1979 to the winter of 1989, historical / hysterical opinions vary with regard to the duration, with many regarding the 'wars' as simply an extended and debilitating attempt at astral travel. There is also including considerable scepticism with regard to the jus ad bellum; while no bodies have been found, it is beyond doubt that future lives cannot be saved.

An unauthorised and yet definitive history will soon be available on Gove Press, written by the leading (read: only surviving) chronicler of The Psychedelic Duelling Wars, the mysterious B. Rasmussen. Consider this present release a soundtrack to Chapters 1 through to 5, with others on the way to complete the circle.

Currently based in Barcelona, Earth.

Bandcamp Daily  your guide to the world of Bandcamp

Serena Cherry debuts her black metal project, plus a Pick from the Crypt block from Svalbard